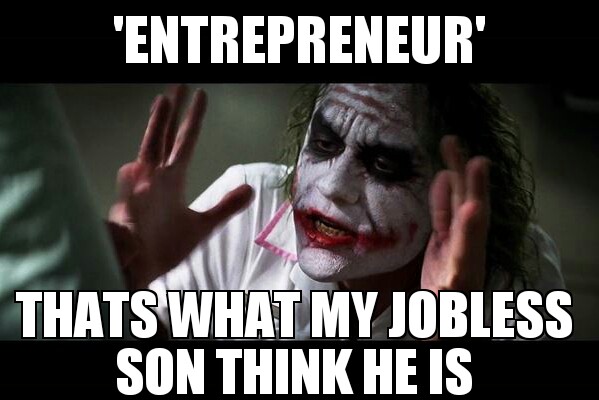 How many have you heard saying they want to be entrepreneurs? And how many really have a good reason to stand their point?

We live in an era were Steve Jobs, Richard Branson, Mark Zuckerberg, Larry Page and other uncountable number of people have been, and still are, a reference for many today. The influence of these people its so strong that a word representing a specific group of people willing to take over a business opportunity/risk has become a trend. People and some media use the term entrepreneur in their LinkedIn titles, book titles, websites, etc. It has become an aspirational status. Another trend more, as it was some years ago, making cupcakes or now leaving long beards with short haircut and some random geometrical shape tattoo that not even has a meaning, but its just part of another trend.

The concept has been prostitued. Yes it went that far.

Anyone who opens a lemonade stand on the street calls himself an entrepreneur. And even technically it may be correct, for me it just sounds bollocks. 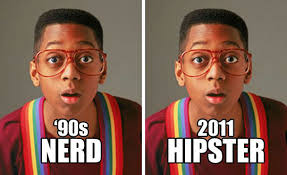 Everyone wants to know how to become rich, how you make money, travel, acquire expensive possesions, travel around the world, and so on. Shortly, they aspire to have pockets filled with money while resting their fat ass on their cabrio. And many think that comes being a Silicon Valley tech superstar or a greedy ass tycoon. But first they think they have to turn into an entrepreneur. Many think being the boss, allows them to wake up late, work at home, travel, eat feasts, etc. Most fall for the razzle-dazzle but ignore conscious or unconsciously, being the boss means you will be working more hours than the 7-11 next to their home. It’s not handwork, its you need to move your ass or you’re out. A simple rule:

Being an entrepreneur shouldn’t be the goal. Making sure you’re in a good team with good management and a clear goal should be. So I don’t really care about all this hype. I know I look like Wally [Waldo] with my glasses, I have a beard and live in a country many know nothing about it -besides being a wonderful place- but I can assure you I was wearing all those before all this it even started. And I know that’s a hipster answer too, but that’s being part of me since I fart, and as far as I know that are not very hipster maneers.